During a successful partnership growing and stabilizing occupancy in Moravian Village’s independent living, Hamlyn Senior Marketing partnered with the community to improve the health center marketing efforts. In early 2009, the health center census was 77%. In one year, census grew to 86% and shortly after stabilized at 92%-100%.

We raised health center occupancy with a combination of training and programming.

We trained, mentored, and monitored the admissions director and management team on best practices for:

We partnered with the community to create programming that boosted admissions and improved efficiency. 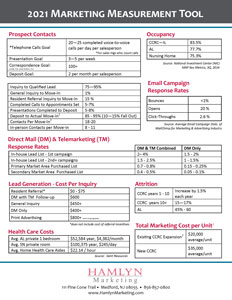